so all in, about $300 and it’ll easily handle all three boys as they grow up. Weirdly, and I’m sure this is something I should have thought differently about, the two most expensive pieces / purchases were the poplar boards which ultimately are the mattress slats and probably didn’t need to be poplar and the plywood for the desktop, which I had to buy an entire piece of when I only need 1/3 of the board. I kept the entire board though because I figured I could make a couple more tables in a year or so when the younger dudes need tables / desks in their room. Not sure if there’s something cheaper than poplar for the mattress slats, but those turned out to be about 30% of the total cost, which seems absurd.

The desk was also relatively simple to put together, I did make it a bit smaller than was spec’ed in the plans so that there’d be more room to maneuver around and after doing a little bit of reading on finishing plywood tables, I visited the Rockler Woodworking store here in Beaverton and bought some birch edge banding, which I think ironed and sanded on and that gave the desk a really nice finish (and I learned something in the process). We’ll see how long the banding lasts but it was amazing to see how the iron + a bit of sanding makes it look like a finished piece and not just a piece of plywood. 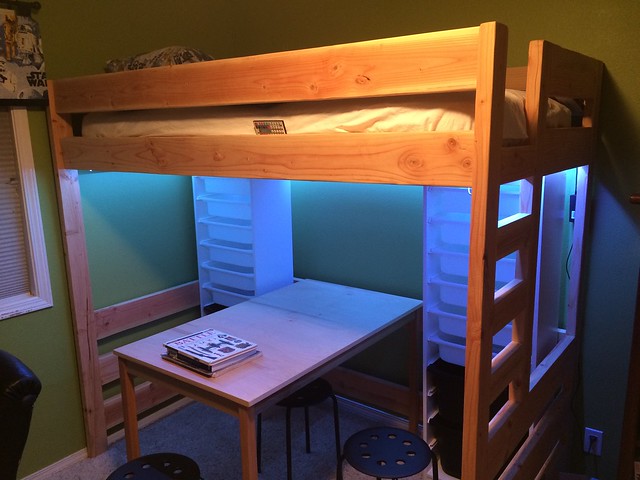 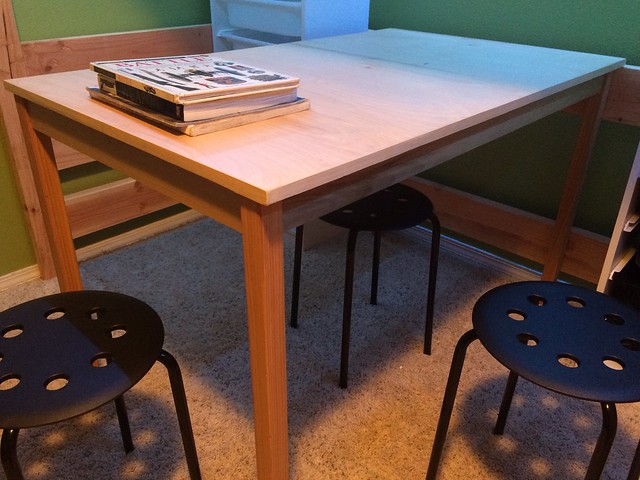 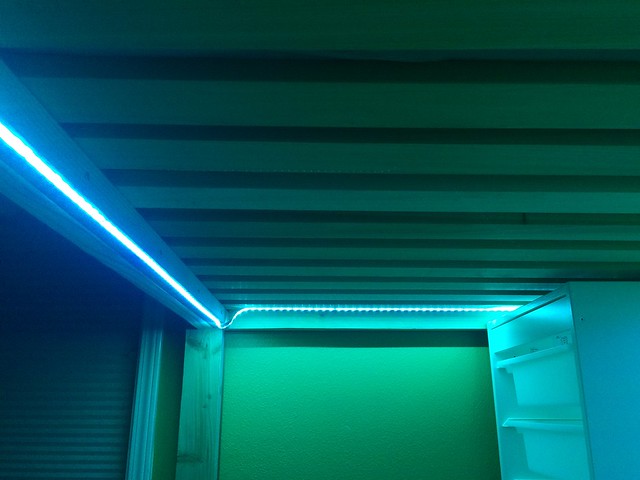