I’m not sure when it was over the last 14 years that I’ve lived in Oregon that I heard about the Timberline Trail that circumnavigates Mt. Hood, but I’m pretty sure that once I heard about it that I knew I had to do it.. but I had to find some folks to do it with me. My oldest turned 15 last December and at a campout over Memorial Day weekend with some friends, he mentioned that he’d be up for it, which immediately started my countdown timer and set plans in motion.

I planned and then hiked a couple of trails (7 miles for Lolo Pass to Bald Mountain and back, 10 miles on the Twin Lakes loop, and 15 miles for Horseshoe Ridge / Cast Lake) which doubled as Boy Scout Hiking Merit Badge activities for my son, and then pored over a bunch of blog posts (1, 2, 3) that described where to camp, how long to hike, what to watch out for, and what the experience was like. I put together a plan, which changed slightly as I read about campsites, and eventually ended up with this:

which enabled us to minimize vacation days and get the trail done with a couple of 15 year old boys who are go-getters but might not have bitten off on 3 consecutive 15 mile+ days on the trail.

Day 1: The weather this past weekend worked out well.. except for Friday night which was cloudy and rainy and led to epic views of Mt. Hood on the trail like this: 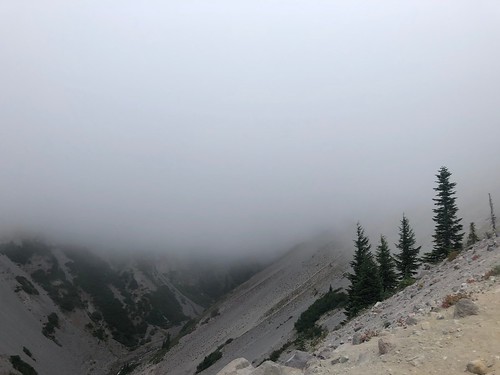 We started out around 3pm on Friday afternoon from Timberline Lodge and hiked the approximately 5.5 miles with 1200 feet of elevation gain to Paradise Park in a little less than 3 hours… which was important because at about 2.5 hours it started to drizzle and rain. We found an cozy campsite that was slightly west of the main trail (Paradise Park is a popular / easy hike and there were at least 4 other obvious campsites already in use) and settled in for the night after dinner. It rained (not drizzled) until maybe 1am but the clouds cleared and the sun came out the next morning for an Day 2 that started with gorgeous views: 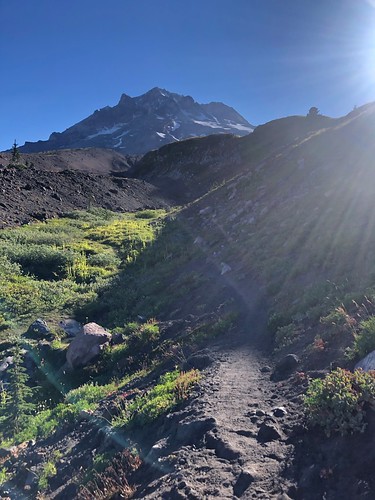 Day 2: We got up early, had coffee, packed up, and started the longest day of the trip, which ended up being more than 16 miles and 3k feet of elevation gain, with a backpack, at least according to my Suunto GPS watch. This was definitely the longest and hardest day on the trail. We stood on the top of beautiful ridges, 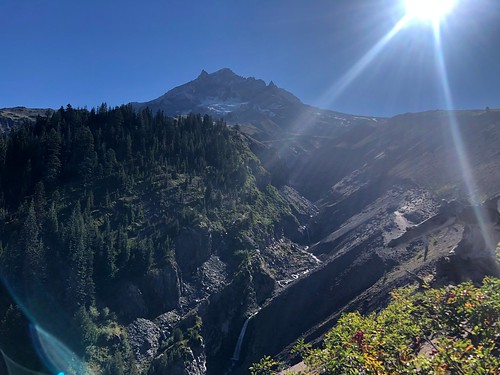 saw a bunch of campsites (for the next trip), and took selfies at Ramona Falls 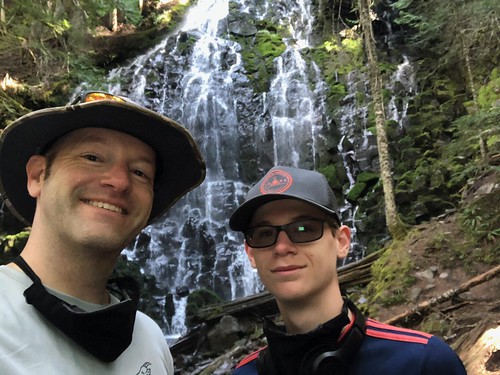 before starting the long climb to Bald Mountain, McNeil Point, and eventually Cairn Basin. Water was scarce between Bald Mountain and McNeil Point and the 16 miles we did that day was draining… but refilling our water and getting snacks onboard late in the afternoon energized everyone and we eventually made it to Cairn Basin, with views like this: 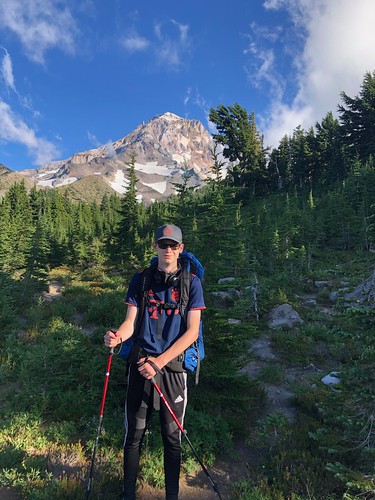 Tons of campsites at Cairn Basin, relatively few hikers there, but lots of mosquitoes. Don’t forget your bug spray.

Day 3: a purposefully easy hike from Cairn Basin to Tilly Jane Campground, where our significant others were planning to meet us for a car camping extravaganza (steaks! potatoes! greens!) and to enable us to offload the big packs so that we could go light on Day 4. We passed a bunch of gorgeous campsites and larger campgrounds like Elk Cove, skipped over an amazing number of big and small rivers and creeks, and eventually arrived at Tilly Jane Campground literally within seconds of our SO’s arriving in a car. Oh wait, I skipped over the hardest part. At about mile 7 of the trek, we got a glimpse of Cloud Cap Inn and we all got that “we’re so close!” feeling… and then you hit the new Eliot trail (the old one was unusable after being washed out a couple years ago), where you lose 600 feet over a bunch of switchbacks, have to cross the Eliot Branch (I took a swim by accident, there is a big log to cross over but we didn’t see it), and then climb back up 600 of vertical wall, all in about 1 mile.

Day 4: pack up multiple tents, had an satisfying breakfast (sausage, egg, and cheese muffins), and hit the trail with a bang. 1k feet of elevation gain right off the bat to get back to Timberline trail from Tilly Jane in a moonscape:

A couple miles later we came around a bend and were all very impressed with Gnarl Ridge and Lamberson Spur:

which I’ve never been up close and personal with, and are breathtaking. After 14 miles, almost 4k feet of vertical gain, and more than 7 hours on the trail, we finally made it back to Timberline Lodge: 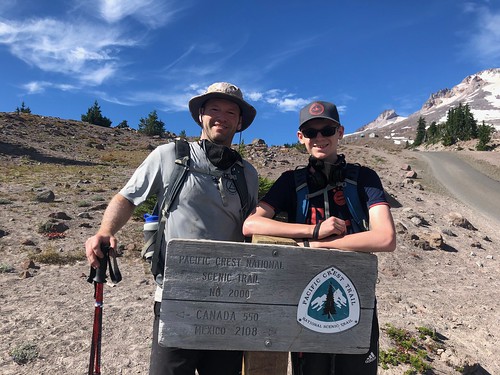 I’ll definitely do it again someday… maybe in 5 years when the next one turns 15.