Day 4 of the trip started early (again) with the two year old up and at’em at 0600. We got to go outside and watch the sunrise (remember that the sun doesn’t really “rise” until about 8am in October in Iceland) and play in the snow / ice, which was pretty awesome if you happened to be 4 and 2 years old. View from the hill a couple hundred yards away from the house looked like this:

I decided that I’m coming back to Iceland to hunt with Robert (our host) in 10 years, he’s a guide up in the western fjords.

Got a longer bit of driving in today, we drove through the misty fields of moss covered rock that looked like something out of a Dr. Seuss film: 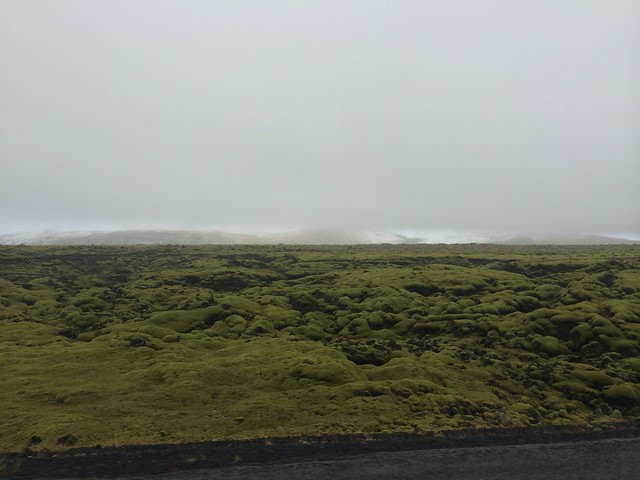 and read about the mist hardships, which not only dramatically impacted Iceland but caused mayhem all over Europe and likely contributed to the French Revolution. A bit later we came across a waterfall with a geocache… or at least it was supposed to have a geocache but after a bit of scrambling through barbed wire fences and then underneath a giant boulder and finally up a hill we didn’t find the geocache, which was most likely removed by the property owners on either side of the waterfall that don’t like geocachers and as such, most likely hate babies, baseball and America. We (Beck, Kai and I) did have a great time though and hey, awesome waterfall: 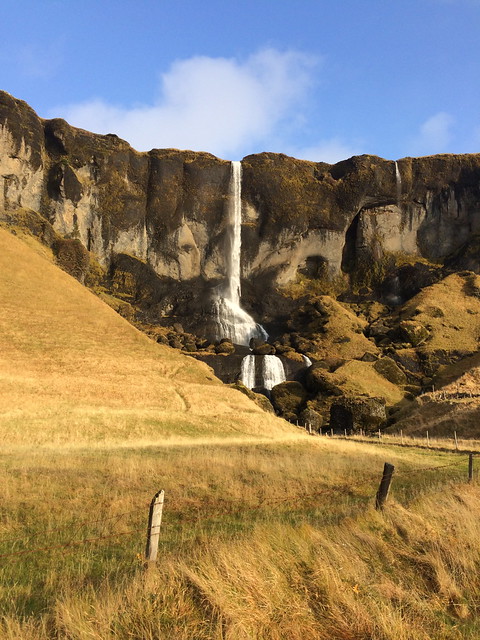 30 seconds down the road we visited Dverghamrar (a set of basalt rock columns) which immediately turned into a rock climbing session for all involved. Beck made it up to the top or at least very close to the top of the rock formation, followed closely by his little brother who wouldn’t have had it any other way. 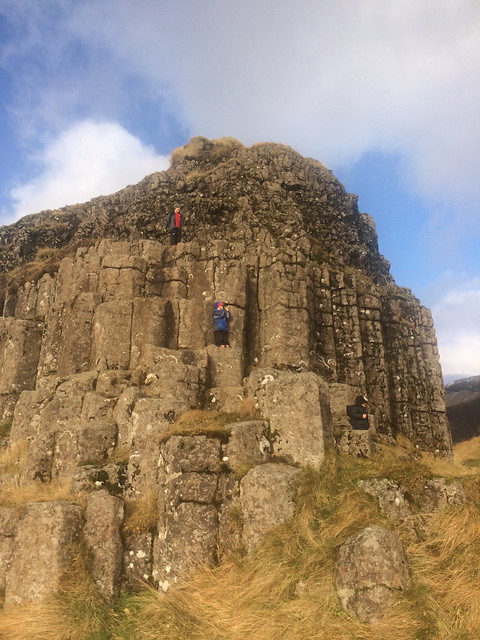 There was a geocache here which we “logged” but it was one of those educational ones that you have to answer questions for and feels more like homework than actual fun. We’ll count it though. Lunch was at a picnic table overlooking the rock formation (peanut butter and jelly and cucumbers on the side) and then we started the big drive for the day, which had scenes like this:

Big drive ended at Skaftafell National Park, where we decided I would go in to the visitors center and ask for good things for kids to do. I desperately wanted to step foot on a glacier just to say that we had done so and asked the receptionist if we could walk on a glacier somewhere. She said “no, not without a guide”, very firmly. I then asked if I could just put ONE foot on a glacier without a guide to which she again said “no” without any hesitation. I figured out (I’m pretty smart) that I wasn’t going to set foot on a glacier but proceeded to drive the short distance that she had pointed out to where we could get close to the glaciers and then we hiked a bit to see said glaciers and OH MY GOODNESS are they huge and I now understand why she said we couldn’t set foot on one, at least here. They were AWE inspiring and if I ever make it back, I’m definitely getting a guide and doing the crampon / hike on them thing. They look amazing:

But the day wasn’t over yet! Next on the list was the glacier lagoon which sounded interesting but we hadn’t done much research on it and didn’t book any of the boat trips not knowing if they’d allow 2 year olds so we arrived and saw this HUGE lake full of icebergs and a bunch of bright yellow and white amphibious vehicles that we immediately bought tickets to go on and hopped on one just five minutes after getting out of the car: 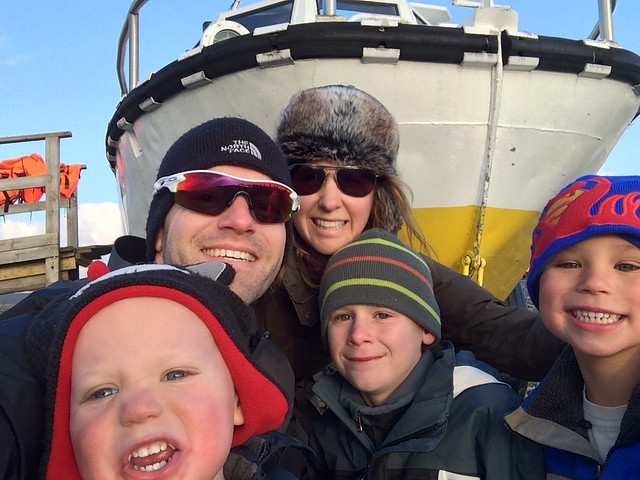 Boys had a pretty good time, we got to “eat” iceberg ice (which was probably the young kid highlight of the day) and then spent the rest of the time looking for porpoises and seals, which apparently inhabit the lagoon to no avail, but then the icebergs were pretty cool too: 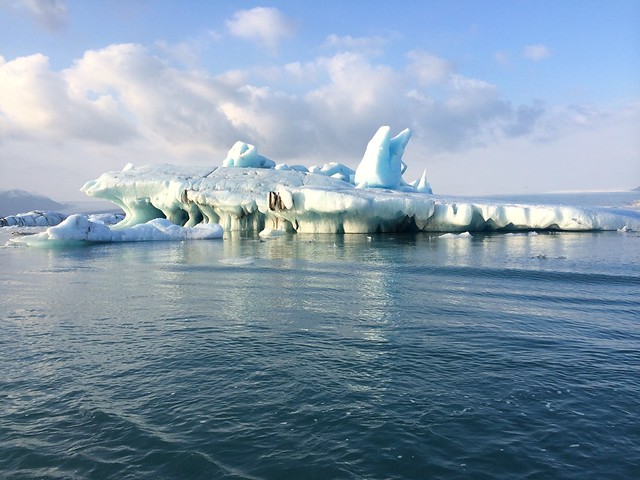 After all that, we still had more awesome left in us and not coincidentally, needed dinner. We had recommendations to eat lobster in a town called Hofn and ended up at a place called Kaffi Hornið, where Karen and I split 400g of small lobster tails which were succulent and almost sweet and disappeared very quickly off the plate as did a couple of Einstök White Ales. We then hightailed it to the hotel for the night and crashed, everyone being super tired.
Stats:

One thought on “Day 4: Glaciers and Lagoons: Iceland”